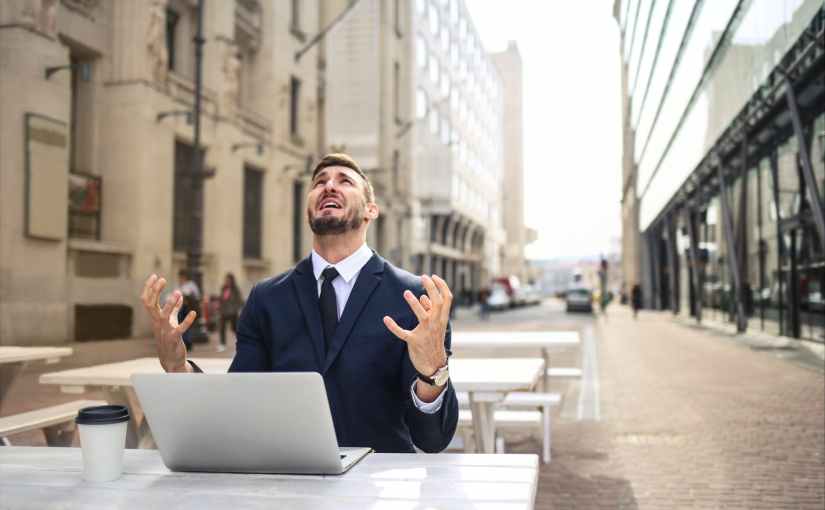 What to focus on, dear reader? As the British electorate are set- again – to allow another government minister to slither out of a mess of their own creation, I want to focus on the specifics of Dominic Raab’s blatant dereliction of duty and ask- if the rule of law doesn’t apply, and common decency doesn’t apply – what does?

“The sea was closed”

Do they think we’re stupid? Yes. They do. The government that has lumbered it’s way from disaster to disaster over the last 18 months has officially given up on trying to find any credible reasoning for it’s misdeeds. This is the only conclusion a reasonable person can come to when hearing Dominic Raab proclaim that he was “working in his hotel room” and wasn’t paddle boarding, because… “The sea was closed”.

I for one would like an intimate breakdown from Mr Raab, detailing the no doubt lengthy and fastidious process that the Cypriots go through every evening to close the sea, and what measures they must take every morning to safely reopen it- though I do sense Mr Raab may have skipped that, as we are painfully aware that this government knows or cares very little for a safe reopening. Raab’s allies are all singing the same refrain of “what difference would it have made” or “he works hard”. We don’t know but it may have helped a lot, and of course he does… that’s why he can apparently afford a £40k holiday….

This though, is the standard set by a government headed by a man who said he “could not meet with families whose loved ones had died of coronavirus until their litigation”- of which, there is none – “had finished”. Boris Johnson, over a year on from this suggestion, still has avoided meeting the families of the bereaved – mind you, there are now over 131,000 official coronavirus deaths, and authorities estimate this is closer to 150,000 so one can suspect Johnson would have quite the task on his hands. That is if his hands weren’t busy ebebebe, painting I uh… ah… model ah… buses… Mind you, Johnson’s darkly anti-litigious career is positively littered with this type of bumbling. Fired twice for lying, caught out on PPE funding, allowing the Johnson Variant into the UK, casually laughing at the mass unemployment of the mine closures, callous indifference towards the deaths of tens of thousands, letting bodies pile high for all he cared about- suggesting people may “live longer” when catching covid. Suggesting we take a “gender neutral approach” to decarbonising with the G7. Misappropriated funds for a flat revamp, racist and homophobic language, another breach of ministerial code for jetting to an event on the public dime- the top man is the bottom of the barrel.

Let’s look instead then to Priti Patel, accused by a government employee of bullying- Johnson’s chosen investigator concluded that Patel HAD bullied staff- not only that she had bullied staff, but public funding was then apportioned to her victim as compensation- and just so you know, it’s quite a sum. Anyone who looks at the self assured smirk of Patel knows that underneath the arrogance lies a human so bereft of genuine kinship, one knock to the ego may produce bluster that could relocate small fishing villages like a category 5 tornado. Patel’s propensity for limitless confidence in the face of being wrong was recently recirculated on social media where she staunchly defended the death penalty- even in the face of being asked whether she thought it was right that people may be wrongly put to death… At least she applies the same logic to British citizens as she does to any non British people- basically, let them die if they’re an inconvenience.

Jacob Rees-Mogg, ghostly Victorian chimney sweep of the front bench and reject of Geppetto is, according to a source of a source of mine, quite friendly to the workers in parliament- which is surprising considering he’s so openly ambivalent towards the health, wealth, working conditions and general ability to survive of a gut wrenching portion of the British public at large. Mogg once sang god save the queen as one of his own party tried to open up a discussion about the separation of the Royals from the state- one can only assume he believed he was auditioning for a lead role in the musical “Bad Politicians and the Systems they Protect”.

And who can forget the man that Cthulu aspires to be – Michael Gove, a man with more drug rumours surrounding him than Freddie Mercury, who literally had a party with people carrying trays of cocaine around. Gove’s unhinged toilet pape-sorry, book, spells out the conspiracy theories of a man who thinks that Jewish people are conspiring against him – newsflash Mr Gove, jewish people hate you just the same as… well, everyone else. Even your ascerbic wife, a woman who drinks vinegar for fun, couldn’t stand you. I look forward to the @ExWestminsterWAG column on how you couldn’t figure out how to satisfy either yourself nor her, so you just decided to drain any trace of satisfaction from the rest of us as penance.

How about Rishi Sunak, a man whose budget is so full of holes that you can only see the actual legislation in direct light. Desperately begging the UK to return to the office, Sunak seems to forget what happened when he begged people to Eat out to Help out, a scheme that would have been better named “get coronavirus at a restaurant”. The budget Sunak apparently scrawled on the back of one of his office property owner ledgers continues to sprout holes as he eyes up his next move- screwing the older voters who put the tories in power. Turns out that no matter how many locks you put on something, the tories are happy to saw through it if it stops another recession – but let me guess, LABOUR LEFT US WITH NO MONEY? 11 years ago… guess that decade of austerity was for nothing huh.

And this, ladies, gentlemen and those of a non-binary nature- is our front bench.

Is that not enough? Let’s look at other prominent figures via their actions.

Matt ShamCrook- Sorry, Matt Shaglots- apologies, spell check – Matt Hancock, the health secretary who was too busy trying to meet at the time impossible testing figures to realise he was fucking a woman who wasn’t his wife- a man so creepingly servile and thin skinned that someone questioning him in parliament prompted him to tell her to MIND HER TONE- ironic for a health minister to undermine a literal doctor asking him questions about the veracity of the PPE that kept her colleagues from death…

Or how about ex PM Theresa May, a small and shy woodland creature often seen scurrying through fields of wheat to try and find something to make a Brexit deal with. Many were desperate to humanise may when she stepped down as PM as she openly choked up – a sentiment which was curiously absent over the mass deportation of people the UK resettled here to make a success of itself, or during her many hours speaking about the Grenfell disaster, or in response to her own tenure as home secretary. I don’t pity May, and I certainly don’t enjoy seeing her often speaking critically of the flatulent suit that is Johnson- she enabled the nightmarish government we see before us, and remainer she was but her weak kneed pontifications about Brexit being the right move emboldened a fervent electorate to allow the no win situation which is currently baring the backs of our supermarket shelves like an onlyfans creator’s previews section.

This is the standard set by our current government, a government I remind you with a gasp inducing majority. It would be charitable at best to suggest that too many folk in England are politically engaged enough to understand the repercussions of having this government in charge, or of the building blocks which led to this mess.

I’m currently-slowly, begrudingly- reading books by previous tory party MPs who explain how their party began folding long ago, and how like the butterfly effects, the small ripples of principled tories stepping down to make way for corpulent fools like Johnson have led to this situation we’re in now.

People so often look at me and say “but you trust Starmer?! Boring captain hindsight Keith?” and to that I say, I have novelty pens I trust to govern more than a significant portion of our government at present. And I would happily take a small, shuffling step to the left, than have to bear another clomping goose-step to the right.

Do I think Starmer is a hot political figure who will revolutionise politics? No. But I also don’t think he’ll continue curb-stomping the British electorate like this government is- and if I’m wrong… prime ministers can be asked to step down. I’d take a prime minister who just does the job of prime minister over a man who is doing the equivalent of supping a pint at the dispatch box while he tells his lad mates how much shagging he got up to this weekend.

Get in the Corbyn

I was a fervent Corbyn supporter back during his tenure, but the never ending “well Corbyn would have” folk, while well meaning, give me a certain level of frustration. I didn’t think even then that Corbyn was perfect- I have to laugh at those who make any attempt to decry his sartorial choices being as my toilet brush is not indistinguishable from Johnson. I would have liked to see Corbyn as PM, to see what he could do and I do feel that England may be the poorer for it, because having a PM who cared about the electorate would have been quite the breath of fresh air after the endless recycling of politicians who would mulch the British voters to make the rose garden bloom. But it didn’t happen, and Corbyn wasn’t a perfect political figure. I urge people who think like this to stop- now- and look at what we have and realise that if you have the luxury of bowing out, soiling your vote and saying HE’S A RED TORY about Starmer, a lot of people behind you are dying or have died – literally, because of tory policies. The increase in foodbanks, reticence of changes in law about buildings with unsafe cladding, the callous dismissal of the at risk during the entire covid crisis, especially now- benefit cuts, no free school meals- this is what this government fosters, and if you don’t actively, intelligently, vote to oust that- you’re party to it. There is no “I’m just not that interested in politics” any more.