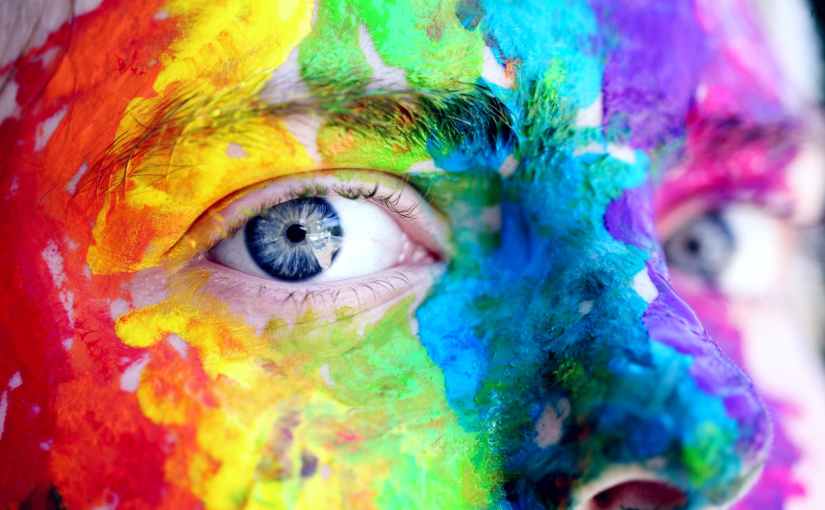 As long as I’ve been able to understand the concept of tolerance I’ve hated the word. Here’s why.

TOLERANCE IS NOT A GOOD WORD, it’s not a good concept, and it’s been waved around in society so much that people lose the thread of what tolerance actually means.

When I wake up at 3.30am and the corner of my toenail is catching the sheet, it’s a horrible feeling. I’m tired, and I daren’t move because the feeling of the nail catching makes me feel nauseous. But I’m too tired to move so I resign myself to tolerating it until I can sort it out in the morning. It’s a horrible, eyerolling, arms crossed and sighing feeling to tolerate something that bothers you. But as a gay man, I’ve spent a majority of my life hearing about how it’s a good thing if people learn to “tolerate” me.

To those who feel it’s enough to simply treat my existence as something they need to engage tolerance for, a short message: F*ck off.

People in the LGBT+ community, or anyone who has ever felt this label of someone to “tolerate” will likely understand what I mean by this. We are people. People with agency, individual merit, with grace or impatience, with the right to experience dignity as everyone else does. Tolerance is an insult. Tolerance is less than the least you can do. And I’m tired of the rhetoric of tolerance being given back to us by bigoted MP’s who claim that not taking our rights away or debating our existence openly is something for which they should be thanked.

After a self proclaimed “NOT lgbt” person was forced to leave Manchester pride this weekend for wearing merchandise belonging to the “not” hate group, LGB alliance, the LGBTQIA community has spent the weekend reading hot takes from gender critical and hateful groups that range from hilarious to flat out incorrect. So let’s talk about the LGB alliance and what the community needs to do to show gender critical people that they are not welcome.

Lets start with the hate-monger who attended pride. If your social media proudly proclaims that you’re not part of the LGBT+ community, and you go to an LGBT+ community event wearing a shirt which is well known as anti trans iconography- you can expect to be evicted from pride. And you can decry this as unfair, an infringement of free speech, the “woke mob” cancelling you- the rest of us, the adults in the room, call it “consequences”. LGBT+ pride is an event for all of those letters and anyone in the plus. We love having straight allies at pride because they support us to live our lives. If you don’t do that- if you don’t support every single letter of the rainbow acronym- pride isn’t for you and we’ll reclaim it from rainbow marketing and from bigots like yourself.

Enjoy your flash in the pan fame, but make no mistake that we all know, full well, that your only reason for doing as you did is because you’re miserable in your own skin. You’re determined to take whatever angry upset feelings you have towards yourself and externalise them, to make everyone else around you as miserable as you are. It won’t work. We don’t feel fear, we don’t feel anger, we just feel a mixture of fed up, and frankly – pity. We see through it. If you really hope to do anything beyond mildly annoy people, make yet another transparently nonsense apology like every influencer ever where we have to walk you through why what you did was wrong. You’ll surely be ingratiated into all the right wingers groups who don’t care if you live or die as long as you prop up their ability to be bigoted- but as for the rest of us, you are less than a ripple in an ocean.

Equally, learning the error of your ways would allow you a type of acceptance you’re clearly unfamiliar with but would likely enjoy. I urge you to try and understand the error of your thoughts and move forward- stop taking your self hatred out on others because it’ll be the death of you but doesn’t do anything of note to us. It’s sad to see members of our community externalising hate rather than dealing with it- but your individual plight doesn’t outweigh the strife you try to cause to the trans community and the rest of us who stand with them.

The LGB alliance claim not to be an anti trans hate group. Their mission statement is to “defend the sex based rights of lesbian, gay and bi people”. Ignoring for a moment that trans people also have sexualities and can be lesbian, gay or bi, lets talk about sex based rights.

Sex based rights in the concept of gender criticality are nonsense.

I’m so tired of going over the bathroom and changing room fallacy pointing out that blaming trans women for the behaviour of predatory cis men is pointless, or that trans women aren’t planning to ERASE WOMEN from the earth. Expanding the definition of something doesn’t water it down, and rights are not a pizza that gets smaller when more people are invited to eat from it.

The LGB alliance’s most recent declarations online are the antithesis of their mission statement. They declared that adding + to LGBT “opens the door for paraphilias like bestiality and more to all be part of one big happy “Rainbow Family”. This is – word for word- the same rhetoric summoned fresh from the 70’s of “if we accept the LGBT people, next we’ll have to accept animal lovers and paedophiles”. You see, the LGB Alliance’s argument isn’t new, fancy or special- you could take the signs from any anti LGBT march from 1970, 1980- hell, today in some countries like Poland- and note the same sentiments from the supposed Alliance and those vehemently opposed to the community. They also- shockingly- oppose our right to equal marriage because the numbers of LGBT+ people who marry isn’t very high. This- shockingly – doesn’t mean that right shouldn’t be accessed. It means that we’re a community that doesn’t feel the need to follow a heteronormative relationship pattern, and does not mean that we should have rights available to other people taken from us for it.

At it’s core, radical feminism could actually have done some serious good when it came to aggressively pursuing lawmakers in their indifference towards crimes committed against women – sexual assault and harassment, sexism etc. The irony is – trans women suffer from misogyny as well. Misogyny is violence or anti woman sentiment aimed at someone because they are -or, to explain for the bigots at the back, present as female or feminine.

To cut off a portion of women who suffer the same irritants and dangers as you (one in two trans women will experience sexual assault) is madness. And rather than focusing ire on a very small part of the population who would just like to use the bathroom in peace and accusing them of myriad crimes just for the body they reside in, perhaps it would be best to drive this unwheeshty energy at the police force who are now legally allowed to rape people if it means they complete their mission, or who can have you imprisoned for years for protesting, or the government who continues to dither on the provision of feminine hygiene products or maternity leave or equal pay.

Of course the moment a gender critical person reads this I’ll be called a prostate haver, a beard, a man, told that I can’t have opinions on this because I DON’T KNOW what it’s like to be a woman. To that I respond- if they don’t know what it’s like to be trans perhaps they should pause and wonder why they feel it’s appropriate to read books from cis women who don’t even speak with trans people but write a book claiming to understand it.

It seems like gender critical women have a lot in common with trans people, and it’s not the trans people excluding others from their journeys.

Some of the most worrying talking points which have come from the LGB Alliance and rad fem speakers is that if we DON’T support the plight of gender critical people (remember at this point that over 50% of UK women believe trans women are women and pose no more threat than a cis woman), we’ll lose our rights. In fact, the recent uptick in anti LGBTQIA sentiment is put down to the fact that most of us stand in solidarity with our fellows under the T. But it only takes a simple search to realise that this, as always with reactionaries, is the start of the thought, and to complete it you must look further, to the regular weaponization of our community in the UK media.

Articles around anything from the pride flag and it’s appropriation by UK institutions- I’m looking at you NHS, which was then disseminated via media and business to overshadow rainbow pride with the NHS rather than LGBT+ people, meant that if we brought up symbol appropriation we were told things- as I directly was- like, “The flag never represented you it’s god’s symbol” or “Well now it stands for the NHS you need a new one”. That fight was very much outside the trans community, but hand in hand with BLM, trans and intersex rights we created a new more diverse symbol to represent all of us- the inclusive flag.

And again the UK media delights, year on year, in creating thought pieces on how pride gives us entitlement, how there shouldn’t be LGBT+ pride, how there should be straight pride as a counterbalance and on, and on and on, and endless recycling of hot takes around a community that holds pride to demonstrate that we are and will unapologetically be ourselves whether you like it or not.

I’m old enough to remember salacious pieces about George Michael’s public sex, speculation around Will Young’s position in bed, the suggestion that Boy George was perverted for being gender non-conforming. And every time a member of our community acts like a fool, the entire community faces the brunt of it- articles about this trans person who said something stupid or that gay person who did something awful presented to us as reasons why we shouldn’t have what we do.

How many straight men a year commit rape? If we started waving those articles around, no doubt we’d be accused of histrionics.

LGBTQIA people are just people. We aren’t all perfect, there are bad elements inside- and outside of- this community. We are all human, and being so determined to castigate us all for crimes of a minority in a minority is as ridiculous as this crusade against trans rights is.

At the bone in the meat of this issue, we as a community do not now, nor will we ever, have to tolerate- there it is again- intolerance and bigotry. The LGB alliance and the anti community groups out there now have a clear demonstration that in the real world, the LGBTQIA community stand shoulder to shoulder, we don’t countenance nonsense and it’s time for their understanding- that their idiocy will not be entertained by us any more- must be reiterated. And accepting that bigotry is trying to enter this community endlessly, wrapped up in black t shirts or in the guise of “just women with concerns” – is not something I, nor anyone else- should tolerate.