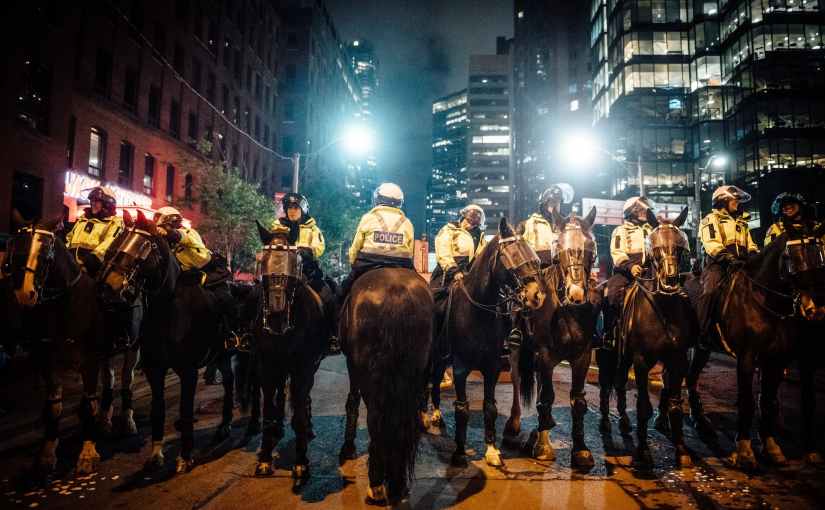 An enormous proportion of the United Kingdom is now atheist- this is from statistics taken from the ONS & various other studies- and even if they aren’t there are many religions which do not feature belief in Jesus Christ which feature prominently in UK religious households. So it was a very particularly crafted message that Gove was promoting when he tried to use this wording, appealing to those longstanding hardcore white middle class Christians to continue their fealty to Johnson and his catalogue of embarrassments.

Irony, then, that this hardcore demographic of already mostly long-standing tory voters are the ones most likely to continue to thoughtlessly back the PM in his shuffling mission to take a heated blade to the heart of any tory credibility left. Better, perhaps to appeal to those who have long- or always -felt disillusioned by the representation of a man who has not ever and will continue not to represent us, factor in our requirements, attempt to throttle our rights and more.

From Gove to Truss to Patel and Raab, the tory front bench (suspiciously absent the name Sunak…) have thrown their considerable weight and undebatable lack of independent thought behind the current PM, so desperate as they are to cling to power- Johnson cleared out the tory benches of anyone but sycophants long ago, and now to view those sat at his back in parliament, you’re hard pushed to find those amongst the empty jeers who do not wish to keep Johnson installed- not because he is the right man to lead us through crisis after crisis, but because he is the one who mindlessly collated a brexit deal with has decimated UK economy and betrayed hardcore supporters of the referendum from farmers to fishers.

My reference to Sunak is simply to note that the top job is often quoted as being within reach of his fingertips – his tacit silence when asked to back the prime minister in the wake of the revelations showed a man sitting back to apprise the situation, rather than the sea lion fanaticism of his fellow followers.

The appeal to their already established base from Gove is truly indicative of how lost the party is – desperate to keep that last pillar of support in the form of those who would never waver in their support anyway.

The oddity of appealing to Christian forgiveness in the face of quite real lawbreaking is a shocking mismanagement of public sentiment- whilst there are and should be provisions for forgiving lawbreaking, this is not the case here. Recently a young man drove over and killed a man who was murdering his partner in an attempt to avert her death- the assailant and his victim both died, and the young man who bravely tried to save her life? Facing murder charges. The foolishness of the system being applied to him is only an indictment against the deployment of archaic rule of law. Were I asked to forgive the repeated and obviously gleeful breaches of safety laws by number ten- the institution tasked with creating, deploying and maintaining these laws, or a scared man’s attempt to stop the murder of an abused woman- is there really a choice?

The backing of sycophants

Yvette Cooper, in parliament recently, excoriated Priti Patel’s own fawning endorsement of the prime minister- decrying her admission that she would not even wait for the emergence of the Sue Gray report to continue her backing of Johnson- asking how she can reconcile condemning party goers outside of number ten but backing the prime minister who has now openly admitted his attendance. Patel could not elaborate on this- I’m sure you will be stunned to know.

Another thread, is that Gove has tacitly admitted the prime minister’s wrong doing in preaching forgiveness- for you can only forgive the transgressions committed against you. What this tells us is that Gove himself knows that Johnson’s actions were immoral- and yet he asks us to forgive, rather than holding him to account for his betrayal of the public at large.

We may be being implored to move on – but the true question, the question that must be urgently asked of the nation is thus:
Should a party incapable, from the lowest civil servant to the highest elected official, be in charge as we face a war scenario?
Johnson’s conservative party has shown a flippant disregard for the wellbeing of the nation and a propensity for lawbreaking which is deeply indicative of a party steeped in corruption. So far from moving on, the time is well past due that we seek a referendum by public as to whether we can trust Johnson’s party- to a man- to continue to oversee the wellbeing of a truly exhausted nation, for if public trust has truly been lost in the Conservatives, let the public decide their fate.