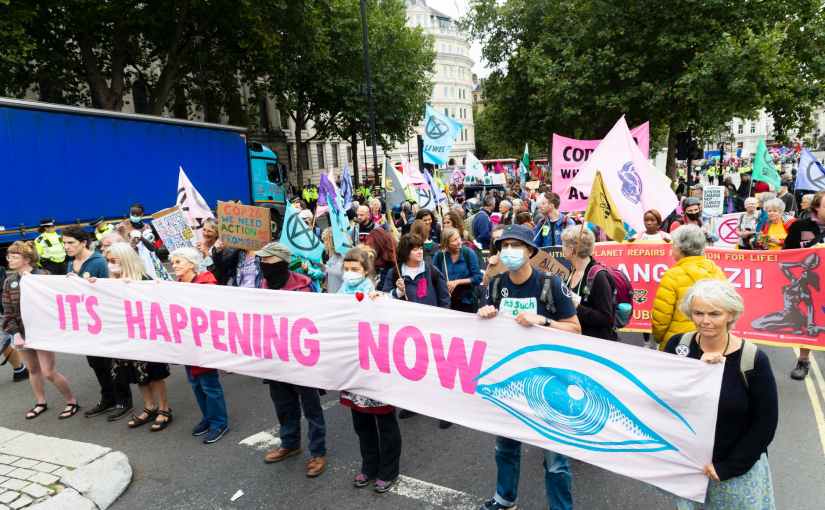 What was it that broke me? Was it the not feeding school children? Was it the continual Hokey Cokey in and out of lockdown? The deaths of over 150,000 people in the UK? The illegal VIP lanes for PPE magnates to get rich off of defective equipment which was meant to keep people alive? Perhaps it was the lassitude in throwing all restrictions off but gaslighting everyone into “doing the right thing” when people already can’t afford to. I don’t know any more. But what I do know, what I am convinced of all the way down to my bones- is that the Conservative party must face repercussions for their repeated dereliction of duty now, or worse will happen when they break us all.

Not just Johnson, the entire Conservative party is complicit in their disgusting actions. Every single dishonest politician who has gone on the news to defend Johnson, to embellish his leadership during the pandemic has done so because of their own pathetic self interest in remaining employed over saving human life. None of the sycophants resting on the front bench would be there without Johnson – Truss who has repeatedly shown herself to be a fool, Dorries who apparently owes Johnson her “undying loyalty” because nobody else would have someone as dense as she in power, Rees-Mogg, a man so ostentatiously wankish that even his own side dislike him, Raab who by all accounts is such a horrific person I dare not write accounts of what I’ve heard he’s done for fear of being sued, Fabricant who seems to want to turn himself into the Poundland version of Johnson, Kwarteng who, at this point, I genuinely believe has a fetish for making himself look like Johnson’s key fluffer on the news.

It goes back further than Johnson stepping into number 10 as the prime minister. It goes back longer than I’ve been alive. The conservatives have mismanaged the UK for decades when they’ve had the chance, and the labour government everyone looks back on in shame only really began to fail in earnest when they adopted conservative ideals. But focusing on the last 13 years of conservative rule has been like watching a person strike a match and gleefully set fire to their own bed because someone told them a foreigner lives downstairs.

Every single day the conservatives push people like those this blog is designed to support, needling us by describing us as woke, picking on our gender, our sexuality, denying the racism felt by anyone not white, telling us that we just need to budget better as we see less money hit our pockets, that we need to take personal responsibility- but our own best efforts are made moot by a populace who just want to pretend coronavirus is gone because it’s an inconvenience. The UK has long prided itself on stating it’s full of strong hard bitten people who live off the pride of our relatives having gone through the blitz- those people survived by taking basic safety precautions and we besmirch their memory every time we talk disparagingly about wearing a mask.

Without fail, the conservatives continue to take aim at our values, taking a paring knife to the bone of protest rights which is only restricted under authoritarian governments. And a complicit populace allows it.

But for how long?

I wrote a post on here once called “The Radicalisation of the Left” and that felt dramatic at the time- but now it’s a label I identify with. I’m radicalised against the moral bankruptcy of this government, disgusted by their flagrant abandonment of a populace beaten into complicity- and disappointed by the sheer amount of, and I hate to co-opt this phrase from anti vaccine propogandists but- sheep.

Sheep are the populace of a country who walk around crying out happily that they have a freedom that runs with it a risk of death. Sheep are the people who allow their government to break the law – repeatedly- and simply respond with a shrug and an “all politicians are as bad”. Because they aren’t all as bad. I hate Teresa May for all she did in fostering the hostile environment but you can be damn sure no parties would have rocked number ten under her.

The conservatives have wilfully sold us out over and over and over- allowing businesses to rake in astronomical profits from us as we were home using our energy more last year, refusing to implement windfall taxes to recoup any money from them and choosing instead to stick their hands into our pockets. They were too cowardly to implement strict restrictions and enforcement during a period where hundreds of people were dying every day. Choosing enrichment of friends, or in people like Paterson’s case themselves led to people dying because of equipment or tests that should have been properly funded and managed. They installed an NHS abolitionist as health secretary after allowing the previous post holder to focus on his mistress instead of his vital role. They have not at one single point willingly put the public first- always choosing to focus on business, on economy and even then, even then when focusing on their, one could say charitably “pragmatic” endeavours they failed. The economy of the UK has been ripped backwards by the worst Brexit outcome.

And so it’s now that I, and I’m sure you too, begin to wonder when the last straw will fall- the camel’s legs are shaking, the next piece is drifting slowly towards it’s back- will this be the one? What will it be? More rights being taken away, another monetary crisis, another scandal? The conservatives think if they can get through Partygate then it’s all said and done. But when they continue to cling to power when nobody wants them there, when they continue to spit in the face of the populace they are meant to (as public servants, lest they need reminding) serve, how can we democratically expect justice to be done if they are the ones holding the scales aloft?

I suspect that the conservatives are due for a fall, and I honestly hope it happens within the system in which we’re trapped- but every day the conservatives turn that system inside out, make it pointless and make a mockery of those who had an iron solid belief in it’s ability to mete out justice. But that iron solid belief is white hot with anger and buckling and something more sinister lurks within it.

As Johnson announces he may not step down from prime ministership for nearly a decade and as the conservatives shore up efforts to roll back even more rights including quite literally THE HUMAN RIGHTS ACT, one can see the steady course of the UK as we head towards their authoritarian dream and how it will end as a nightmare for them. Westminster stands as a tenet of our democracy- but if the lie of no democracy is outed to the masses then Westminster must be torn down brick by brick because it no longer serves the people. Democracy does not exist when a prime minister who has admitted his complicity in hosting and attending illegal events escapes punishment. It does not exist when a government is repeatedly brought to account in court by the gooodlaw project as the only body who tries.

The tories fail to realise that if they continue to propagate the lie of the system that doesn’t work eventually even the slowest amongst us will be radicalised into action and when this happens every smug press interview about the will of the people, about getting on with the job will be shot back in their faces, the shards of the lies they told cutting deep as the anger of an exhausted population explodes into open rebellion.

I don’t call for this rebellion, I am no leader- but I will partake in it. I will make my voice heard in the cacophony against the Conservative party. Because we gave them the chance to lead and they fiddled as Rome- then London, Bristol, Liverpool, Manchester, Leeds, burned.

viemoo is a 34 year old independent writer, radicalised into blogging about the political state of the world by Brexit and the election of serial failures like Trump and Johnson. Please check out the rest of the blog, check out Politically Enraged, the podcast available on all streaming platforms and share with your like minded friends! Also check him out on ko-fi where you can keep him caffeinated whilst he writes.

One thought on “Either face some consequences now… or face more when we snap.”