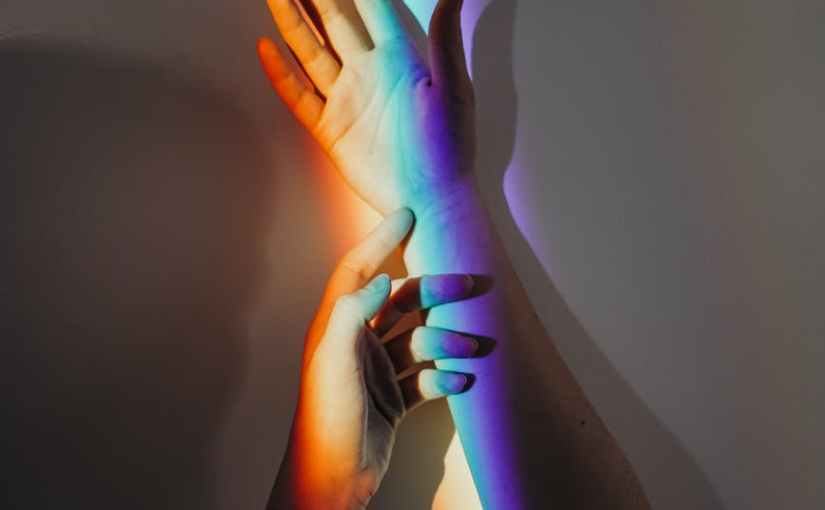 The UK faces multiple crises: people are calling radio stations explaining that they cannot afford food nor the energy to heat it. Coronavirus has hospitalised more people today than in January 2021. Our government had multiple illegal gatherings and our leader lied bold faced to the gathered parliament about it. And yet the press seethes with questions about women and penises. In America, the “don’t say gay” bill has passed, a ludicrous legislation that helps nobody but immiserates some, and recently a right wing pundit suggested that doctors who provide gender affirming healthcare should be killed. These are dark times indeed to be LGBT+

Nothing stokes my rancour so quickly as to see who I am described as an ideology. There is no such thing as the “gay lifestyle”, nor “trans trend”: we have existed since the human race began in our varied forms and every culture. Sometimes we were accepted, sometimes we were not but the fact of our existence has never changed.

The lives of your fellow rainbow humans are not an ideology. Our long and tiring discourse over acceptance is no attempt to recruit unwitting heterosexual or cisgender people to our ranks. We exist: we are, at our core, a collective who banded together because we faced discrimination historically and still do now.

Many people defend the seclusion of our community from society at large without once realising that the sexualisation, the insinuation of perversion always comes from without, not within: the “don’t say gay” bill had an amendment removed which would have explicitly forbidden discussion of sex or sexual matters: this amendment was voted down. Which means that HETEROSEXUAL acts can be discussed with children. In my eyes this is deeply disturbing. No child should be exposed to discussions of sex until ready: and it is here that the majority of the world itself still has learning to do.

Terms like autogynephile were coined to insinuate that trans people are trans for sexual reasons and not simply that they were born into trans bodies and must reconcile that however they see fit.

We talk about spaces and inclusion, and there is a particular lack of nuance in the gender critical discussion around spaces that is endlessly frustrating: you are not “keeping” spaces single sex: spaces have been trans inclusive for well over 30 years, so to now MAKE a space single sex this necessitates trans exclusion, and exclusion is wrong.

Today I had a lengthy discussion with a gender critical account on twitter- they claimed to be a woman but I do not know as their account was anonymous, and I tried to reconcile gender critical ideology even against itself and came up lacking.

According to this account they “have trans friends” they’re fine with but are not fine with “males in their spaces” and “can tell when someone is male even if they don’t say it”.

Sometimes I admit I’ve found myself leaping to trans people’s defence so quickly, I haven’t weighed my words appropriately so I decided to do so this time. Let’s take this argument at face value despite the facile nature. What if we did ban all trans people from the spaces they currently use? How many murdered, beaten, assaulted transgender bodies would it take before gender critical people understood that trans people are at threat as well. And in fact, would they? Though many deny it there is a core knot of gender critical thinkers who would like nothing more than to simply see transgender eradication: and for those less hardcore thinkers in the gender critical circles if you do not wish to confront your feelings towards trans people, you may wish to confront those within your circles who condone a trans mass eradication.

Endlessly talking in circles around sexual assault and genitals and fetishes online is a dark, depressing and tiring struggle and lately I’ve found myself debating simply tuning it out and focusing on political activism- and yet time after time I find myself appalled at the language and falsehoods spread by anti trans activists.

How anyone who claims to be feminist can hold such damaging, narrow and regressive views is beyond me. Having an erection is not a sign of sexual enjoyment: as a man who has been sexually assaulted I can assure you of that. Almost 1 in 2 trans people have experienced sexual assault. There is a commonality here with cis women that should bring the communities together and in many cases does, and yet gender critical thinking uses this as a wedge.

But this goes beyond worst case scenarios. We come across a lot of very structured repeated language when we talk about trans people: “keep access to single sex spaces” (trans people have used those spaces for over 30 years so you’re ‘keeping’ nothing, any change to make spaces single sex would bar trans people, thereby removing their rights. “Protect dignity” what dignity is lost from a trans woman being present that is kept in the face of a non trans woman? The constant refrain of “safety” which is always paramount but also figmentary: safety isn’t guaranteed because of a sign on the door, or trans exclusive recommendations by the EHRC, or by legal declarations by an inept PM appealing to anger. A predatory person will do what a predatory person will do regardless of these things.

Trans exclusion is constantly being framed as womens’ safety- and yet we see very little to no actual founded evidence that trans inclusion is a threat to women in the first place. Uncomfortable for some, perhaps though it’s arguably more due to the bias of the woman than the existence of the trans person. Fear mongering around trans existence has no end result. Trans people regardless of hormones and affirming care or wigs or hair growth or blockers or dresses or packers or binders- will always be trans.

Again, I feel there needs to be a pointing out of the urgent need to reframe arguments to be seen as they are from the LGBT+ perspective.

When people argue that gay & lesbian people cannot be discussed, it is not we who are innately sexual: you are sexualising us, ignorantly placing our sexuality in this illusory realm of immoral behaviour. A gay man in a grey suit walking to work is not innately sexual- but he is gay. So why is referencing his sexuality so sexually explicit it cannot be mentioned?

If you want to protect children from sexual referencing may I suggest a law banning children from watching TV until they are 13. Adverts sexualising people are on TV all day- from perfume adverts with nude bodies as the containers to literal adverts for prophylactics: sexuality is everywhere- just, the sexuality you WANT for children. You don’t care if a little boy sees an advert of a half naked woman smelling another half naked woman’s neck, and you don’t mind asking a 5 year old if his female friend is his GIRLFRIEND at the school gates. I remember those expectations early on and they damaged not just me, wondering why I didn’t feel what everyone told me I should but they also hurt my family when I did come out, because this imaginary future they built for me all but vanished: was that my fault? Should I have lived a lie to make them happy?

The worst of the liars are those who claim to “accept us” but think we shouldn’t be referenced in front of children. If those children are straight all they will do is nod and move on. If they’re like us, the likelihood is they might just feel a little bit less alone: and treating us like we are watershed humans is a dehumanising experience.

Our community exists. It’s not an ideology: we have cultures we can, if we choose, loosely abide by or take elements from. Culture is pre-existing facets, behaviours or tropes which we can reference, imbibe or exhibit. That isn’t an ideology, and there wouldn’t even be a NEED for gay, lesbian, trans culture if we hadn’t been ostracised- by exculpatory ignoramus’ passed- from culture at large.
You notice also that those of us who are gender critical or even work against our own rights (see the regular gay republicans trotted out to say they AGREE with anti LGBT+ sentiment) are usually desperate to conform to what they see as hetero or cisnormative.

When it comes to ideologies and damaging ones at that, I would point the accusatory finger damningly in the direction of movements aimed at removing rights from transgender people as a whole because of the imagined crimes of a few, of demonising gay and lesbian people so badly that we cannot even be mentioned in front of children. Looking at ideologies that monetise their hate- a new conversion therapy camp opened recently in the UK- or who make merchandise specifically geared to intimidate us (adult human female T shirts, umbrellas, key chains), who show up to our days of remembrance to harass us or stand on the sidelines of our marches to tell us we’ll face eternal agony for who we are- how can it be denied that these movements are inappropriate.

Nobody would deny women with legitimate concerns from speaking but I’d hasten the gender critical women who truly believe in their cause to step forward and kick out the monsters from your group – after all, one bad trans person means they’re all bad, right? So what does one person, five people, ten anti trans activists belittling rape victims stories say about your movement.