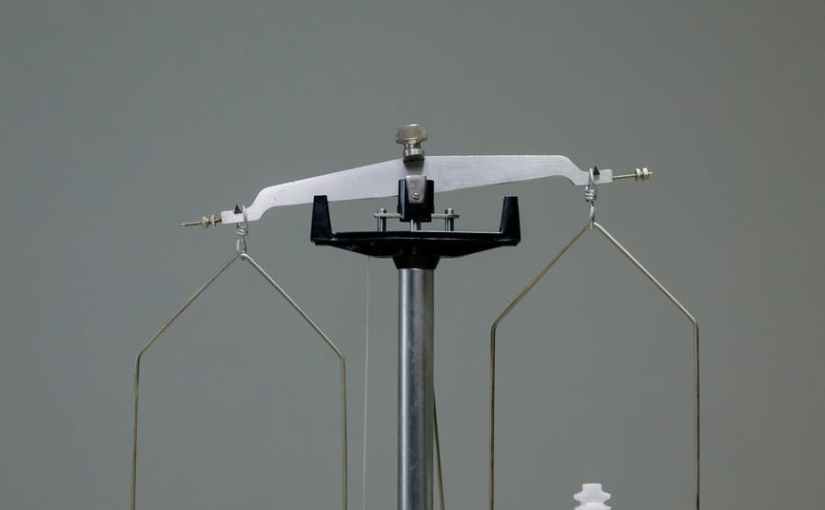 When news of partygate began to ripple through the UK’s media, broken by the enterprising journalism of Pippa Crerar, the immediate thought was – what else have they done? It had taken a year for partygate to come crashing down around the conservatives & it fell amongst the raft of other scandals that have dogged Downing Street during Johnson’s short but damaging tenure from PPE VIP lanes to the Paterson scandal.
But yesterday’s casual announcement by Johnson’s former aide, Dominic Cummings that the press was quite literally bought and paid for by Johnson and then lent credence by Peter Jukes of Byline Times who shared the article by Brian Cathcart, should have blown the doors off parliament: are the press taking backhanders in the form of covid relief on the proviso that they would write only the stories the government allowed? Or are the government wilfully underfunding those who do not favour them in coverage?
The UK’s press is as complicit in the mire in which we find ourselves as the callous men and women running parliament like a circus- But how does one hold the press at large to account for something the press at large won’t report?

During an age of endless news streams where we are bombarded with news updates from apps, social media, popups, papers and 24 hour channels, it made sense that companies so large would require funding – Johnson’s government insisted on plying the larger, established news corporations with funding they scarcely needed in favour of eschewing the smaller ones who would fall to rack and ruin.
One only needs to look at the Murdoch empire to see a network suffused in cash from the top to the bottom, but the government happily threw them “bungs” as Cummings described it.

One can intimate it is because of the political leanings of said corporations: nobody can deny that the press in the UK, so often referred to as a shark tank is more akin to a bowl of goldfish where the Johnson cabal is involved. Whether this is correct and the government gave funding to press it felt would favour them is a matter for debate- but hardly a debate that would challenge ones faculties, as Johnson is an ex-journo and knows how the system before him works: don’t bite the hand that feeds you- but if you are bitten, the government realised, better a domesticated pet than a scratch from a sharks tooth.

Other smaller news corps were forced with difficult funding decisions to keep reporting and suffered as a result:

Seats on the subsidy life-raft are reserved for the News Media Association (NMA), the corporate press club in which most members have turnovers exceeding £100 million. The rest are being told to swim for it or sink.
This approach privileges the corrupt past over the innovative future; it helps the lumbering legacy brands while allowing the COVID-19-induced crises of circulation and advertising to sweep away smaller outfits that are far more innovative and free-thinking.
The winners here are the sun, the Mail, the times, the Telegraph, the Mirror, the Express, the Guardian- and the big asset-strippers that have so devastated the regional press: Reach, Newsquest and JPMedia

The battle for a fair press has been fairly openly debated in recent years: nobody but the most strident amongst us can deny the open favouritism displayed by the press towards a right leaning government: but it has become confusing to see the press become tantamount to a lapdog under this government. Barely any news coverage that Johnson’s win as prime minister was celebrated by an immediate vacation- at a time when he should have thrown himself into the driver’s seat to wrest the nosedive towards a no-deal brexit, he vanished to the beaches of another country… one you would soon need to take the longer queue to visit or return from. But a holiday upon a victory is hardly an act to win condemnation- his actions since, though, are.

The press were all too happy to tread the waters of government briefing over the advice of scientific bodies: Independent SAGE spoke out against the argument for herd immunity posited by an as then uninformed Sir Patrick Vallance who assumed that coronavirus could not readily reinfect people: once the death rate for coronavirus became clear in the UK population, Vallance along with a beleaguered press frantically walked back their message about herd immunity in favour of protective measures- again ignoring scientific advice from a number of bodies regarding masked transmission rates, including studies which had been long used to justify the common sense of wearing masks during operations.
Large scale media programmes were deployed to combat misinformation, even as misinformation was propagated by the government– Johnson’s long segueing speeches were often met with utter bemusement by the public but vital information was simply suppressed: it was widely assumed the rule of six had been developed by calculations of infectivity vs person to person contact but again Cummings blithely revealed that Sunak and Johnson had thought of it off the top of their heads: and the press repeated the line with the confidence of ignorance.

But partygate is the best example of the cancerous spread of nepotistic favouritism from politics to press.
Several members of the press knew of the “briefing” Allegra Stratton hosted. They knew already of stories of a Downing Street party- the evidence was already free to them. Colleagues who had also been journalists alongside her bantered gently with Stratton who chuckled off an accusation of attendance before wondering- to the press, those waiting to receive information, whether cheese and wine was against the rules: it was.
There was the bomb, ready to go off- but it sank below the tides of worsening infections, death rates, lockdowns. Why?
The fact that our highest officials were freely breaking the laws which had been devised and enacted in the very seat of democracy was a scandal that should have immediately rocked the country. Some will of course say that perhaps the press held back for fear that news of Johnson, Sunak and other staffers breaking the rules would push tired members of the public to do the same, worsening the state of affairs: but it is not for the press to decide these things. The press is meant to be the guardian of the publics collective knowledge around governmental actions and their failure to aid us here cannot be venerated- and only has a limited number of explanations: either the press were desperate to curry favour with Downing Street for access to other stories, they did not care about reporting the truth… or, worst of all- they had been disincentivised from telling the truth via coronavirus levies. If this were proved, the twin pillars of government and press would be met with the distrust it seems they are steadily earning.

I argued recently on a Byline Radio twitter spaces that the BBC is a lame duck when it comes to holding the government to account. Happy to smear Jeremy Corbyn with offensive superimpositions of him in the background of debates on potential incumbent prime ministers or to openly disparage him whilst offering favourable coverage of Johnson was proof enough- but the recent debate around scrapping the license fee headed up by Nadine Dorries who doesn’t understand the funding model for channel 4 who she has helmed the privatisation of. The host stated (incorrectly) that the government DOESN’T fund the BBC- all they do is set the cost and decide whether it should be scrapped. Just like a boss setting salary and deciding whether to keep someone employed.

The BBC is now rumoured to be staffed heavily by conservative leaning members in its upper echelon which has led to a soft touch approach towards any coverage of the government, and therefore cannot be used to scrutinise the government – all because the government controls its funding model and because the BBC is infiltrated by those who all but suppress negative coverage.

It is at this juncture that people will leap on partygate as proof that the press ARE scrutinising the conservatives, forgetting of course the amount of op-eds from right wing pundits stating that the conservatives’ willingness to break the laws they enshrined for protection concluded that there was no way we should ever have been in lockdown- rather than after twelve years of failing governance, perhaps the conservatives simply have become a party in freefall, the front bench crammed with sycophants loyal only to Johnson and the power he brings.

But again, don’t take my word for it: Let us cast our eyes over to the daily mail: the paper that pressured Durham police to reopen an investigation- not into Cummings himself and his ambulatory misdeeds during lockdown one, but into the leader of the opposition, Sir Kier Starmer.
During the initial findings of Johnson and Sunak’s lawbreaking the paper angrily shouted at the public- “Don’t they know there’s a war on?”- arguing that Johnson should be allowed to stay in post and (to coin Johnson’s favourite empty phrase) “get on with the job”.

Then, when the public continued to rail against the man who ensured we stayed home to keep our loved ones safe as his staffers dragged suitcases of wine into his home, they pivoted to attacking Durham Police and Sir Kier for what they called a refusal to investigate and hypocrisy.
This was farcical enough, but when the investigation was reopened, the newspaper began to smear Starmer, intimating that he is a liar, only for him to do exactly what they had asked and confirm that if he was indeed found guilty of breaking the guidance (bearing in mind there was no lockdown at the time), he would step down. Not satisfied, the paper, after eight days of headlines intimating the Durham police were lackadaisical, then accused Starmer of “pressuring the police”… then as a final, laughter inducing crescendo removed any and all references from this trail of events when they realised that doing so would pile pressure on Johnson to follow suit in the footsteps of his opposite numbers actions.

If ever was a tale so filled with the blatancy of media supplication to a government, this would surely be it: from “get over it” to “but HE did it” to “He’s doing what we are” to complete ignorance in the space of 3 weeks.

If it is true that Boris Johnson’s government has been lavishing money on the press, threatening them with privatisation a la Dorries and channel four and more then the government tips over into ticking another tenet of potentially fully fascistic behaviour, by preventing its own scrutiny by what should be a press willing to speak out against their transgressions and the British public are being gulled again into backing a man who is as uninterested as improving the standards of living in the country as he is being honest at the despatch box. The press thrive off controversy and here it is in spades in the form of a corrupt, criminal government headed up by a man who cannot find it within him to be honest to his spouses, much less to a country of those who require his fellows’ help to thrive post pandemic.

If Johnson cannot be held to account by his peers for breaking his own laws, by the opposition who cannot force contrition on a man incapable of feeling it, he cannot be held to account by a press too willing to bay his messages under threats or cash injections it is for us- the public, to become the collective fire in the dark of an abyssal government. If they won’t speak truth to power- we must, or all is lost.

If the government IS actively meddling in freedom of the press with cash and threats… we must expose this rot, root it out and start to regrow.