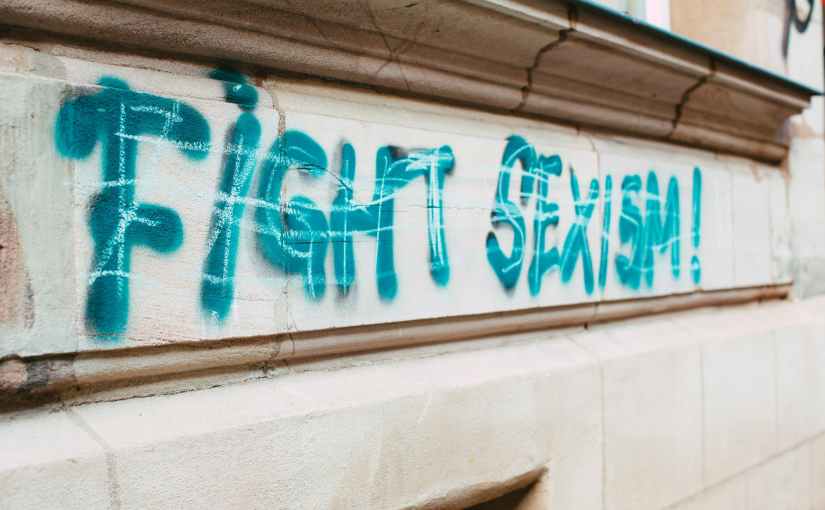 We know. We know it isn’t all men. But after yet another woman speaks out about her experience of discomfort when receiving unsolicited, perverted DMs and the conversation is immediately co-opted by the “yeah but, it’s not all men is it” crowd one must begin to ask whether those who are more interested in being delineated as not creepy are more interested in protecting their egos, or hiding their deeds than the very real pain, discomfort and fear of women.

A small note- I will be talking about MEN in this article. If the lack of the word some bothers you- you’re the target audience.

Rosie Holt, the comedienne and political satirist posted a very disturbing DM on twitter today, which reads as follows:

I found myself amazed that a man could type this, thinking “yes, yes this is a polite and funny message where I proposition a woman about her body, it will definitely go down a treat”. So many people seem not to understand that politely harassing someone is still harassing someone- something I discovered a while back when I shared an anonymised grindr message of someone asking me to let them, and I quote, “smell your bum through your trousers”. My comments lit up with people disgraced that somebody could absolutely disregard someone’s boundaries and, without so much as a hello, send such a creepy message- but between those spots of consensus were the odd “erm, why are you sharing his private message?” “He said please, what more do you want”, “it’s a hookup app- what do you expect?” (is a hello too much, really?)

So it was with much trepidation that on Rosie’s post, I headed to the comments, hopeful of some light hearted discourse to cheer Rosie up (which was there)-and yet…

There it is. As always.

It’s not all men, its SOME men, it’s a FEW men, its just some random, unknowable, unquantifiable men who do these things. No DECENT men do these things and we simply must CLEARLY STATE THIS, lest the conversation about women’s safety and comfort online devolve into discourse around how distressed women receiving DMs that range from mildly disturbing to pornographically obscene to horrifically violent, must cater to men’s feelings around discussing the topic. Every single time the word “men” is used without the demanded prefix of SOME men, in flood the people determined to prove that it’s not them, they’re not predatory and creepy and how dare you lump them in with the baddies?! They’re feminist, they have wives and sisters and daughters and they’d NEVER do such things! And of course, we all know you can take the words of strangers on the internet to heart because nobody has ever lied on there… right?

They are right of course- it’s absolutely not all men- but does that need stating in discourse where frustrated, angry and frightened women are talking about inappropriate behaviour? Why must men appear and center themselves over the women? Why are some men’s feelings more important than a group of women’s shared experiences of harassment and the urgent need to discuss and forestall it?

It isn’t all men: but how do you know which men it is?

The first defence is always “I never knew he was like that”.

“I never knew he hit his wife”

“I never knew he was abusive”

Here is something I bet you didn’t know: Stanford Rapist, Brock Turner’s parents are now campaigning for the sex offenders register to be scrapped to protect their rapist son. So knowledge, we learn, is not power and even if it is, it still doesn’t lend itself to the protection of victims. Turner’s mother is actively involved in the Facebook group for scrapping the sex offenders register- so sometimes knowledge, intimate knowledge isn’t as important as the strange urge to protect a disgusting degenerate just because you birthed them.

John Wayne Gacey was a clown as part of his career: he also stacked the corpses of his victims under his house in a crawlspace. He was active in the church and by all accounts a polite and convivial neighbour. He’s also one of America’s most prolific serial killers: gay he was, but the threat still stands.

I am, of course, reaching for two extreme examples there- so how about a home grown one: during lockdown one I was walking to work one morning and stopped to scream abuse at a man who was taking unsolicited pictures of a woman in her gym gear whilst they were waiting for a bus. The man first called me a queer- it’s gay, thanks- then ran away when the rest of the bus stop ganged up on him.

What would he have done with those pictures- hell, he didn’t delete them, he sprinted off with phone in hand. He was also dressed in a fairly nice suit, tie and was carrying a little bag that clearly held a laptop. This wasn’t some “oh they’re just like that” stereotype of a brickie or some other parodyish manlet- this was a businessman. So how does one know which men to reference, and why is the addition of SOME so necessary?

It’s funny because women have often said they feel safe around me because I’m a gay man – I can understand feeling safer as a woman, but my experiences of being a man who likes men and being around men has given me a pretty in depth look into the world of men who say “not all”- but are part of the some.

As a gay man I’ve experienced a shocking amount of unsolicited rude pictures and messages and whilst I’m no shrinking violet (I have cheerfully referred to myself as a man whore at least twice this week), the worrying thread that runs between womens experiences and my own is that men assume. They assume I want pictures of their flaccid willies before they ask, assume I want them to tell me what they’d do to me if I was in a room with them alone, and prioritise the pleasure they get from sending those messages over my comfort in receiving them. It’s at best selfish and at its worst deeply indicative of people who don’t care about the root of the word consent.

Back to the topic at hand, Rosie’s sharing of the DM is a snapshot into an extensive world that heterosexual men in particular don’t seem to understand. I genuinely believe a lot of heterosexual men wish their DMs were flooded with women telling them what they’d do to them if they could and sending myriad photos of themselves, and the reason I think this is that straight men who arent homophobic have genuinely expressed jealousy when I explain how transactional you can be on apps like grindr.

The most disturbing conversation that came around consent and comfort happened when I shared my experience of being sexually assaulted; a disturbing amount of men (sexuality irrespective) responded with “I’d love to be woken up with sex”… It seems there is an innate disconnect between the way men think about sexual pleasure and the involvement of the other. I get no pleasure from sending nudes I haven’t been asked for, but apparently some men do. I get no pleasure from being, as I described to the man who assaulted me “used like a fucking fleshlight”, but some men do- and they are more than happy to center their feelings over the other, just as men in this discussion do.

Men will take a discussion around women feeling violated and unsafe on the internet and center themselves in it as readily as some men will center themselves above someone else’s consent to a sexual act: and its this correlation that makes women right to be afraid of men.

If you are more interested in being pandered to in a conversation around appropriate behaviours than around listening to those who are being made to feel vulnerable then that, however minor it may seem to you, is the top of the tipping point to being more bothered about your own feelings than the feelings of those who are trying desperately to have a discussion. It is also wildly disturbing to see men who are so desperate to be marked as “one of the good ones” when most rapes are committed by someone known to the victim and therefore likely to be someone the victim feels safe around- and that is an underreported statistic.

As a man, of course I understand that sometimes you may frown because you know you’re not one of the horrendous perpetrators of these crimes: but if you know that the statement doesn’t apply to you, it’s probably important that you ask yourself then, why it offends you so? It’s not being directed at you but is a blanket statement and does not apply to you- your perception of you isn’t changed by the statement so why be offended by it? Ultimately, if you know you haven’t exhibited any of this problematic behaviour you should be completely unphased by statements around those who have done so: because it’s not about you.

Women who experience abuse, harassment, threats and disgusting imagery should-MUST- be listened to, and ultimately if being listened to is at the expense of some male ego… well, we have more than enough of that: were it an energy source the UK would be lit up like a firework. Your feelings are important and valid- but not as important nor as valid as women who fear opening their messages in the event that they are being dehumanised by men- whether they know said man or not. Next time someone comments something about men, rather than leaping in to make ABSOLUTELY SURE they know it’s not you, I advise you to sit down, shut up, and ask yourself why your discomfort at a label is weightier than the bodies of women who have been objectified their whole lives.