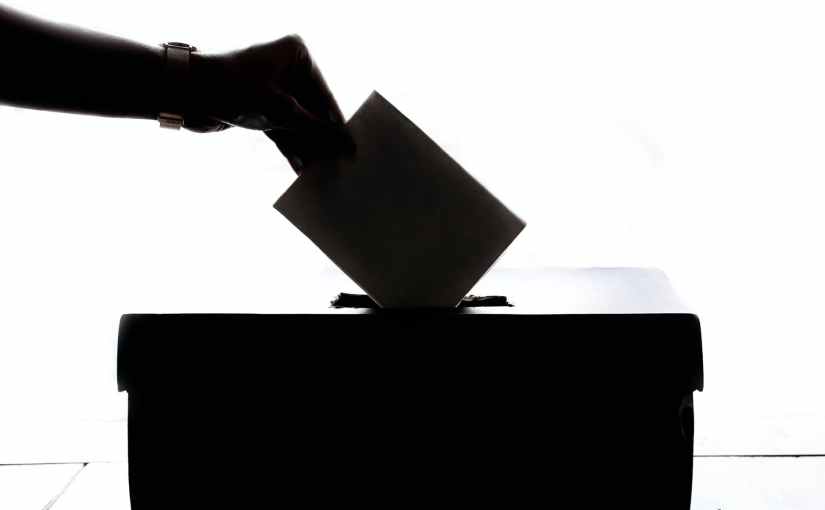 In a country with normalised ID for every citizen, mandatory ID to vote is par for the course- so why, in a country where photo ID is not state subsidised or at least heavily discounted, are the British populace fine with new voter restrictions- the right to vote is one of the most basic there is. Is it fair to pay for the privilege?

It seems a far stretch to call the new legislation to implement mandatory voter ID “voter suppression”, but a rose by any other name still smells as sweet, and restrictions on voting still restricts voters.

You may be fooled into thinking that the government had sound reason to fear voter fraud and it’s impact on electoral integrity – until you read the ONS stats on voter fraud convictions in England. Those out there I’ll politely term as reactionaries- or less politely, fucking idiots, will go with the already laughably piffling figure of five hundred and ninety five reported cases.

In a group of countries with 66.65 million people, we’re already looking at the gentleman’s inch of political issues- add to that that all but SIX of those cases being dismissed without charge, two being given police cautions and FOUR convicted. So you may be forgiven for calling this government their favourite moniker- snowflakes- for overhauling the actual law to prevent a crime that four people have been convicted of.

The issue, the insidiousness and, indeed, the explanation behind the implementation of restrictive voter suppression techniques- which have, by the way, been imported wholesale from the good old US of A off the backs of their election – comes down to the voters it’s most likely to affect.

When you look into who the bases who most regularly vote for political parties, suddenly what seems to be a strange lapse of sanity becomes a crystal clear attempt to further solidify the tories’ death grip on the throat of a nation that- simply looking at figures- didn’t want them in the first place.

The tories won the biggest popular vote since 1979 in 2019 with an astounding 43.6% of the total votes- it’s a huge margin. But when comparing that to the total number of votes cast this means that over half of voters did NOT want tories- nothing to say of course about those who did NOT vote, whose opinions we can’t guess at and frankly who I don’t give the time of day to during political conversations, because not voting then complaining is the intellectual equivalent of letting someone kick you in the leg then complaining that you let them kick you.

When you realise the implications of a party with less than half the country’s votes implementing the insidious rule the tories have palmed on us, you suddenly realise the farcicality of the recent legislations being passed- from voter ID to stripping our right to protest down to the bone. A party who traditionally caters to the older generation and doesn’t wholesale represent the youth of the UK has implemented restrictions on voting that will- not could, but WILL, impact on younger voters and poorer voters. Shockingly, the people less likely to vote for the tories- not LABOUR per se, but not tory- are the young and the more economically poor.

Ah, so here then is the crux of the issue. The tories aren’t concerned about voter crime, they aren’t worried about the already sterling job that those who invigilate for voting being compromised. This is- arguably- an attack against the people who could potentially swing votes away from their parties.

Let’s now discuss the pricing of documents that you’ll need to vote.

The above info is taken from the government website itself and means that those of voting age, on the national minimum wage, would need to work 12 hours specifically to cover the cost of a document which is now mandated for use in the democratic and vital process. Half a day of work to save the money to cover a document that you will now need to exercise what is a fundamental, and vital right to employ to ensure that you are represented in this country.

Let’s now look at obtaining a new provisional or full driver’s license in the UK.

Much more reasonable! Until you consider that purely paying between £34 and £43 pounds is a misnomer- either you’re paying this fee to have a driving license you only need to prove your legal age for various reasons and vote which means this is a cost brought to you SPECIFICALLY AND ONLY to vote, or you need this license because you are planning to learn to drive- which costs, buy and insure a car and use it- which costs – so the actual costs are much higher if you want to implement this ID document for it’s purpose, and if not- you are literally paying money to be able to vote, which you can do for free now.

I could then further break down how this would make voting infeasible when factoring in more expensive food prices, rent or a mortgage, transport to work, petrol, car insurance and basic necessities to live but you get the idea I’m sure- this move by the government means that those who are paid the least are now vastly less likely to be able to afford the basic documents needed to have their say.

When you compare this against the current system where voting incurs only the cost of getting to where you vote, or not even this cost if you vote via postal vote- you’ll need to forgive me if I look confused about the necessity of mandatory ID.

This of course the Government could combat somewhat, by bringing in an optional UK Personal photo ID card – an idea floated when I was just reaching the cusp of the voting age, but said to be too close to surveillance and a nanny state.

This is still true- but if the goalposts for voter freedom are to change, then so is the necessity of the state providing an affordable way for it’s citizens to cast their vote, otherwise this legislation can be called by it’s true name: a voter suppression bill.

Stacey Abrams, US politician, led a storming campaign in Georgia running from 2016 to present to ensure that disenfranchised voters- or as I like to call them, people adversely affected by legislation just like this one- were able to access the provisions needed to cast their vote, and the time is nigh for a politician in the UK to take up our own seat at this table. The UK government, failing as it is to import anything successfully post Brexit, did manage to import the voter suppression bill passed in what I can only call revenge for Abram’s amazing work, so I’d heartily suggest that UK politicians who do value the tiny flakes of democracy we still treasure here do their work to ensure that this bill affects the minimal folk it will – because I guarantee you this will affect voters.

There are many other people who would be adversely affected by the implementation of this bill – for example, those who are legally barred from driving due to disability. Herein of course is another issue we need to discuss – the right wing fervour to disregard the rights and freedoms of disabled people. This would limit people who cannot work due to disability and who cannot drive to – exactly what options for ID documents to vote? And are we convinced that those who invigilate will have sufficient training as to recognise the scant options left for people- not an insignificant group mind you – who would be effectively limited by this foolish legislation, or forcing them to vote in more drawn out ways which may impact on them in different ways as usual not thought of by a government too interested in pandering to it’s own voter base at the expense of everyone else- and, ironically, sometimes it’s own base.

I’ve been accused of many times of being overly critical of right wing governance and the irony is, i don’t know how I will react the day I’m finally under a more left leaning government. I’d like to think my moral compass is aligned as closely I can get it with basic decency, and if I felt a lefty government was letting down it’s people I’d be just as critical. I suppose this small paragraph is going to stand as a testament as to whether that happens in the future- provided we aren’t stuck under authoritarian rule as long as I live due to the machinations of those uncaring clowns in power now.

Speaking of moral compass -I ask you, readers who value the true basic right enshrined to us all to vote, please contact your local MP and lodge your displeasure with the disgraceful legislation being pushed through parliament. Sitting angry does very little to help those in need who can’t speak out – so you do it.

And while we’re at it – ENGAGE YOUNG PEOPLE WITH POLITICS.

I don’t care what political party you’re aligned with – with exceptions, if you’re a nationalist fuckwit please kindly visit your closest pier and walk off it – please encourage your children to understand the absolutely vital role they will play if they engage with and vote in political discourse in this country. The tories are the party of keeping old people’s money secreted away. Young people need to find the people who represent their morals, their values and who offer them an alternative to the bleak decade we’ve just had. They have a chance to change the future for the better- for themselves and heck, for us too. Whether that hefty mission of undoing the damage of the conservatives lies with labour or another political party, discovered or undiscovered, I’m unsure. But I know for sure that young people deserve to have their say irrespective of this disgraceful coup of a bill. Help them realise how vital their voices are.